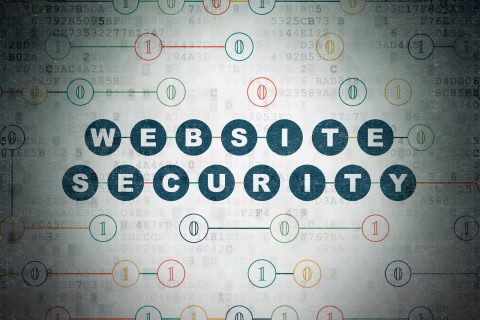 We can help with WordPress issues! We have the experience to get the job done quickly, and to your satisfaction.

Get A Free Quote Now

Internet has revolutionized the world primarily due to World Wide Web (www). Currently, there are more than 1 Billion websites on the web. That number is growing with each passing day, as more of the world gets connected and technology makes it easier for people to have a voice and online presence through websites. Websites are the way we shop, work, pay our tax bill and run our businesses.

Initially, websites was functionality focused and much of attention was paid to designing, user interfaces, user experiences and functionality of the web.
Over the period of time, websites became an easy target for hackers due to easy accessibility and little to no security features implementation. Prevalent, threats to websites are related to online privacy, security and transactions. Website security encompasses more than the information in transit between your server and visitors to your website. Enterprises need to take utmost care of their websites as part of an entire ecosystem that needs constant care and attention, if they want to retain people’s trust and confidence.

Web sites will be at stake as ecommerce becomes increasingly common in our daily lives. From ordering groceries to booking holidays, we are doing more and more online. In fact, Ecommerce Europe reports that global business-to consumer ecommerce turnover grew by 24 percent to reach $1,943 billion in 2014 and business-to-business ecommerce is expected to be worth $6.7 trillion by 2020. Website security has never been more important or relevant. The consequences of failing to reinforce website security are likely to extend beyond the costs to an individual company, it will not only damage the consumer confidence but also the company’s repute and financial losses will be huge.

Websites succumb to following vulnerabilities and attacks as per statistics and research conducted in 2015 and 2016.

Arbitrary code execution is used to describe an attacker's ability to execute any command of the attacker's choice on a target machine or in a target process.

Remote code execution is the ability an attacker has to access someone else's computing device and make changes, no matter where the device is geographically located.

SQL injection is a code injection technique, used to attack data-driven applications, in which nefarious SQL statements are inserted into an entry field for execution (e.g. to dump the database contents to the attacker).

A password that is easy to detect both by humans and by computer. People often use obvious passwords such as the names of their children or their house number in order not to forget them. However the simpler the password, the easier to detect.

Source code intended to be kept server-side can sometimes end up being disclosed to users. Such code may contain sensitive information such as database passwords and secret keys, which may help malicious users, formulate attacks against the application.

Server-side scripting is a technique used in web development which involves employing scripts on a web server which produce a response customized for each user's (client's) request to the website. The alternative is for the web server itself to deliver a static web page.

In a computer, the condition that occurs when a calculation produces a result that is greater in magnitude than that which a given register or storage location can store or represent.

What Should Be Tested?

An organization should conduct a risk assessment before the penetration test, which will identify the main threats to the network, including the following:

Testing should be performed on all hardware and software components of the network security system.

What Makes a Good Penetration Test?

The following activities will ensure a good penetration test:

The process for performing a penetration test in an organization must be determined before testing the networking devices and system vulnerabilities. The penetration testing process includes the following sub-processes:

Website security evaluation process should be done in a standard, systematic and strategic manner. A methodology ensures that the process is a standard manner with documented and repeatable results for a given security posture. There are various methodologies and industry best practices for testing websites but the most notable one is OWASP (Open Web Application Security Project).

Following is recommended for a website to be secure: